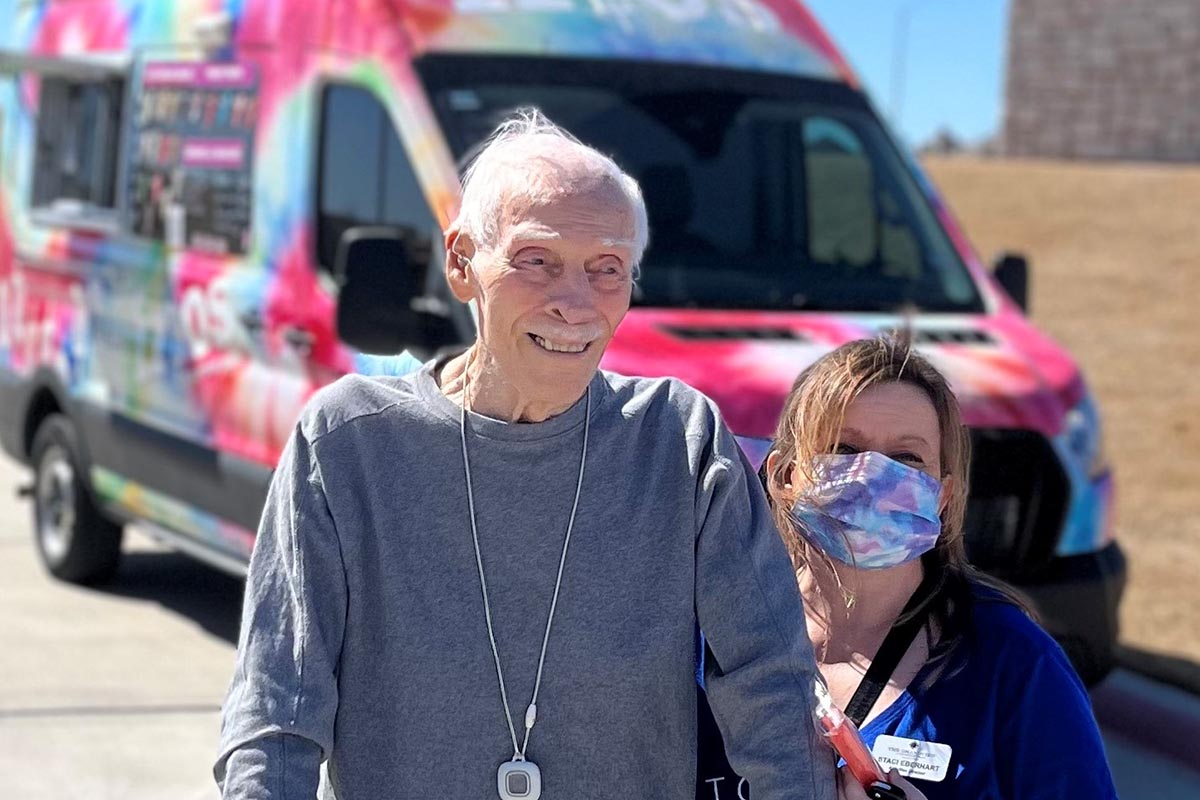 Ted’s 101st birthday was celebrated with ballroom dancing, as he himself used to be a dancer. 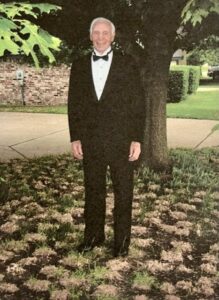 Ted was born in Humeston, Iowa on July 28, 1921. He is one of ten children. Most of his young life was spent in different parts of Iowa and Chicago, IL before heading to Texas in the 1950s.

In 1941, Ted spent time in the Army during WWII. He was in the cavalry in the Philippines and Japan. He came home in 1946. Ted had received two purple medals and one red medal.

He met Mary Elizabeth G. in Dallas and they married at Highland Park United Methodist Church on May 18, 1957. They lived in Dallas. They adopted their daughter Elizabeth Ann on March 16, 1961.

He then became a professor of Psychology in Corpus Christi, TX at Del Mar College in 1965. He taught educational and child psychology. He was also a clinical psychologist on the side. Ted was the President of the Mental Health Association in Corpus Christi. He retired from being a professor in 1988.

When Ted retired, the family moved to Benbrook, TX to be close to relatives, including their daughter, Liz, who lived in Fort Worth. The couple became very active in the Twosome Class at First United Methodist Church of Fort Worth. On Thursday mornings, they enjoyed playing bridge and chicken foot with the XYZ group. Ted enjoyed working in his new yard and being outside. 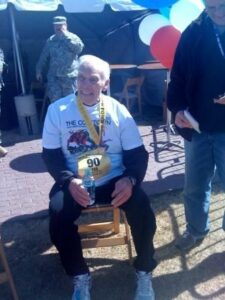 Ted also became interested in running, so he joined a group within the club. He started running 5Ks, 10ks, half marathons, and marathons. He even joined the Running Club of Fort Worth.

After Beth died on January 26, 2004, Ted started spending time with the senior citizens of Benbrook. The whole group would go dancing two nights a week. Ted then joined a Fort Worth dancing group.

“He loves to be around people. I am so glad he moved to the Grandview. He has friends, enjoys his meals and activities, and of course being outside in the sunshine,” states Liz, his daughter.

The Grandview of Chisholm Trail offers exceptional Memory Care and Assisted Living. Fort Worth seniors and their families love our welcoming community.

Learn more about the community by scheduling a tour today!